Couples RehabsNewsDrug AddictionUnderage Drinking and why it is Increasing
Drug Addiction admin September 25, 2017

Underage Drinking and why it is Increasing

Underage Drinking and why it is Increasing

Drinking is not new to teens. As a matter of fact, teens have become more and more engaged in alcohol consumption over the years. There are certain reasons for why underage drinking is happening. This blog will put into detail all of the things that you would like to learn about this serious matter.

The teenage years are a prime time for attempting to try some new things as well as to assert independence. While teens transition to adulthood, they usually become tempted by adult activities. They become interested in following the footsteps of their parents. They also try those things that were already tried by their friends as they are working on establishing their respective identities. Alcohol and drugs have become more involved involved in such mix.

Most teens use marijuana, club drugs, prescription drugs and some other forms of substances as their way of dealing with stress, relating to their friends or peers, and dissenting against authority. The National Institute on Drug Abuse or NIDA conducted a study in 2015 and their research revealed that over 58 percent of 12th graders consumed alcohol and almost 24 percent of them used prohibited drugs within the past few years. Young adults and teens have become involved with drugs and alcohol for different reasons which include:

It is a powerful force for anyone regardless of the stage of life but it tends to be very influential during the teenage years. At the time when the children are attempting to find out who they are as well as where they would fit in, once insecurities have become fierce, the desire to be liked and accepted makes it very hard for them to reject anything. Saying no could have some painful consequences that may range from being mocked or teased to being disgraced, bullied, or rejected.

To Feel and Look “Grown-up”

Teenagers usually want other people to treat them as adults. You can often hear them saying “I am not a kid”, particularly when they would like to get that privilege which comes along with age, such as using alcohol. It is not a surprise that they are drawn to things which make them feel more mature, older, and more sophisticated. Smoking, drinking and using drugs can also boost this feeling.

With such behaviors comes the impression that one is really mature and that they could handle anything. Sad to say, a bad incident can instantly shatter it as well, and remind them simply how vulnerable and young still they are. But, till such event, they naively assume that “bad things” take place only to “other people”. They tend to overestimate their maturity & underrate their vulnerability.

Modeling the Behavior of Their Parents

Teenagers grow up with the parents who are abusing drugs or alcohol usually follow suit. In the end, that is what they know and what they have learned. Aside from that, when one or both of their parents are active users, they normally have instant access also. Not just does the apple usually not fall far from the tree, children usually mimic the behaviors of their parents – both bad and good.

Granted, some children would do the extreme opposite and will shun all of the substances, desiring to refrain from turning to that thing which ruined the lives of their parents that resulted to traumatic experiences during childhood like neglect or abuse.

Curiosity not just “slayed the cat”, it could as well become an extremely seductive temptress. The yearning to try some new things and then explore the entire world did not shut off when puberty started. As a matter of fact, it frequently becomes stronger. Many teenagers have a lot more independence compared to what they did as kids.

They are less closely supervised and usually left home on their own for chunks of time whilst their mother and father are at work or out for the night. The need to figure out what it feels like to be intoxicated or high could be extremely strong. Everyone experiments might be an extremely compelling rationale. Unluckily, a lot of children end up in drug or alcohol rehabilitation treatment down the street because of some ill-fated desire to fulfill their curiosity.

It has been said that the “idle hands are devil’s tools” and in the same way, “an idle mind is the playground of a devil”. In some other words, boredom could instantly get anybody and particularly, a restless teenager in all forms of trouble.

Teenagers who are struggling with more emotional pain are particularly vulnerable to drug and alcohol abuse. They make use of such substances, just like most adults, as a manner of treating themselves. They know that getting high and drunk would temporarily ease or numb the pain and give them with a way of escape.

Such substances could as well appear to relieve the problem. For instance, a socially awkward or very shy teen might use alcohol within a frantic effort to feel more comfortable around others. A teen that lives within a conflicted home setting might resort to drugs for shutting out entire world or at least make it more bearable.

Teenagers want to assert their budding maturity and then test the limitations with their parents. Those teens with overprotective, nagging and strict parents usually lash out in the passive-aggressive way. Instead of just talking to their parents regarding their frustrations, like what they perceive as very strict rules, consistent nagging, or hypocrisy, they might rebel by using drugs or alcohol, particularly when they know that doing so would make their parents embarrassed or angry.

These are the most common reasons why teens get involved in alcohol consumption. No matter how long a teen had been suffering from alcohol addiction, he or she can always find the way back to normal. Treatment is always available to get rid of the problem. 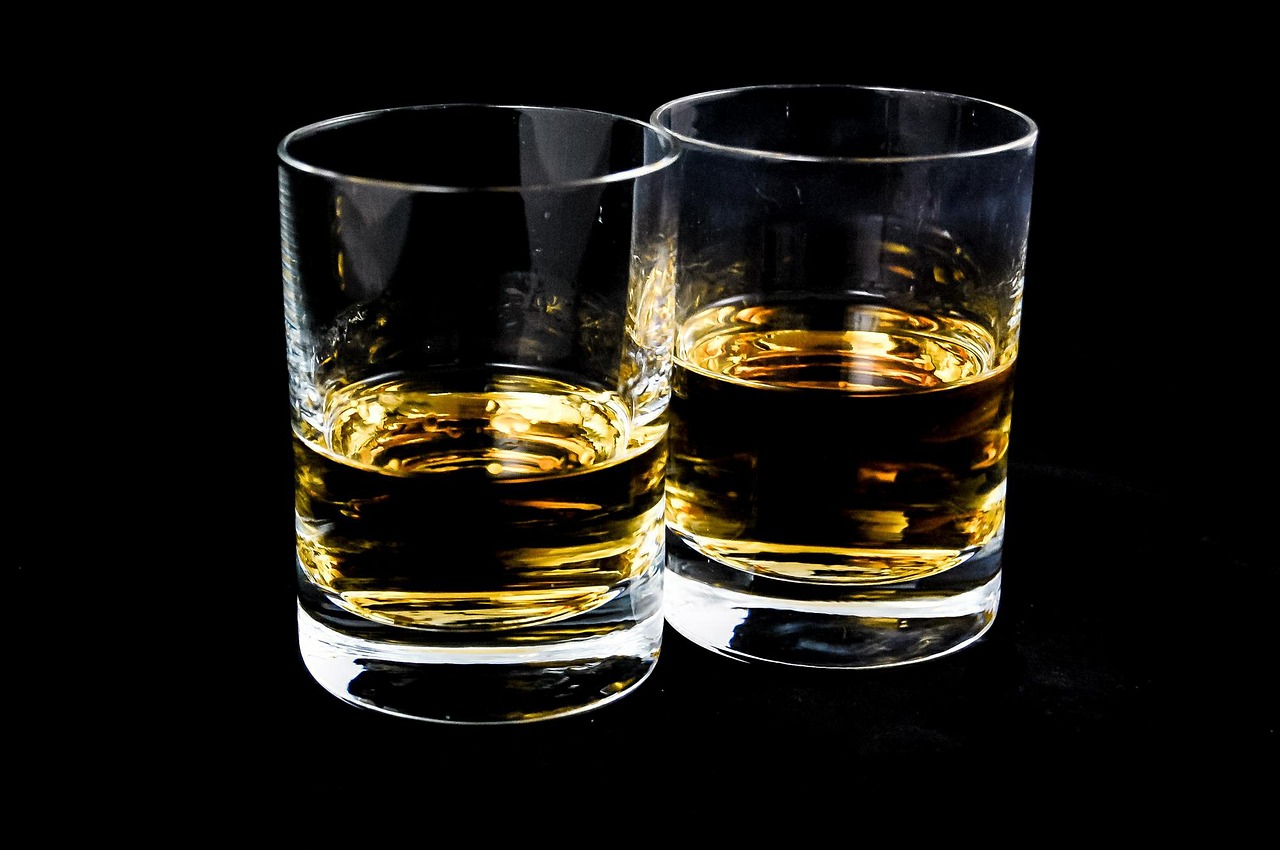 What Is Our Society Promoting That Encourages Alcohol Use?

Young people in most cultures were introduced to drinking alcohol early in life as a normal part of their day to day living. While educational programs within the United States normally highlight that kids should never taste the alcohol, the reverse is a fact in the societies which sustain the greatest moderate drinking practices.

The notion of a minimum age prior kids must be “protected” against alcohol is alien in France and China, wherein this is the matter of law and the late or mid-teens are favored. Kids learn to drink earlier in Zambia through taking small quantities if they are sent to purchase beer. Kids in Italy, France, and Spain are routinely provided with wine as part of the meal or the celebration.

In France, adults are allowed to give kids a ½ glass of water that was slightly reddened with a small amount of wine or they can add some beer or cider to be diluted very carefully with water. This is a bit more cautious and it recommends that the most appropriate time to introduce kids to alcoholic beverages, 4 years old instead of 2. Usually, wine is initially offered if the child is at least two years old or more could hold a glass with his own hands safely and can join his family on the table.

Historically, alcohol education, as well as prevention efforts, were focused on altering the behavior of an individual. Problem drinking, alcoholism including drug addiction are typically viewed in the US as issues that arise out of the weakness of people. It is associated with the American values of self-determination and individualism.

On the other hand, public health experts, as well as practitioners, learned that the environment wherein people reside and work profoundly influences their behavior and attitude around drinking. The environmental influences on the use of alcohol include the acceptance of the use of alcohol by society, availability which involves the price, the number of the outlets, and the server practices, local and national marketing and advertising including the public policies about alcohol & enforcement of such policies.

The acceptance of dangerous alcohol consumption is encouraged over mass media, role models, peer attitudes, and the society’s attitude in general. Ways in which this particular acceptance has been shown include:

Couples Rehabs works with most popular rehabilitation centers in Orange County, California, aiming to support and assist all drug and alcohol addiction sufferers to achieve sobriety. They offer different programs that are primarily designed to help people both young and adults to get rid of their addiction and start a brand new life. If your child is currently suffering from underage alcohol addiction, you can ask for assistance in getting his or her life back to normal with the help of this rehabilitation center.

Your teenage son or daughter has to be checked and assessed to find out which program best fits his or her condition. The following are the programs they offer for alcohol addiction treatment:

Couples Rehabs treatment partners offer a closely monitored detox program for those addicts who experience withdrawal symptoms. This rehabilitation center is committed to providing excellence when it comes to patient care. Addiction and chemical dependence are harmful and mostly life-threatening afflictions which can affect people from all walks of life across the world.

Many people who suffer from addiction would need to imbibe drugs or alcohol many times through the day as to keep the withdrawal signs at bay. It results in addicts who need to maintain what could become a very pricey substance abuse habit that typically leads them to commit crimes so as to get the money needed for sustaining their addiction. Over a selection of methods, detox takes place primarily in the internal organs like the intestines, liver, kidneys, and even the skin. Through eliminating the body of the chemical intoxicants including some other unwanted substances, the person may experience a general improvement of the senses, revitalization as well as enhanced vitamins or minerals absorption.

Addiction is a comprehensively and profoundly destructive chronic relapsing disease. Which affects individuals from different walks of life and from anywhere in the globe. Generally speaking, addiction treatment programs could be broken into 2 groups that consist of such treatment programs wherein the addict lives inside the facility throughout the initial treatment period. Programs wherein the patient continuously living in the comfort of his or her home whilst in treatment. These treatment options are known as outpatient treatment and the residential treatment.

Addiction usually starts as a recreational substance abuse which takes place just on occasion as the person experiments along with the impacts of a substance. Maybe, a white-collar businessman comes with a glass full of scotch at the end of the day that turns in a few glasses of this beverage before being able to drink the whole bottle which he empties in just one drinking session. With that, the person comes with such dependence on liquor which he can’t go a day without drinking, putting into danger his decent job and placing a strain on all his finances which he falls behind the bills and mortgage.

Couples Rehabs facilities offer a comfortable and safe place where to begin the journey of one to recover. They have a live-in facility complete with all of the treatments and a set of tools that recovering addict requires to attain long-term sobriety. So what are you still waiting for? Please visit their official website at www.couplesrehabs.org to learn more.